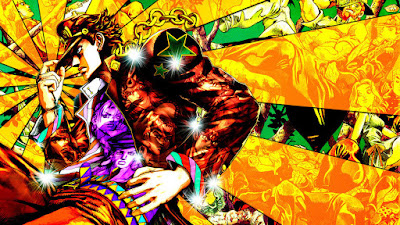 JoJo’s Bizarre Adventure: Eyes of Heaven is due out in Japan on December 17th for the PS4 and PS3

Posted by Unknown at 19:38
Email ThisBlogThis!Share to TwitterShare to FacebookShare to Pinterest