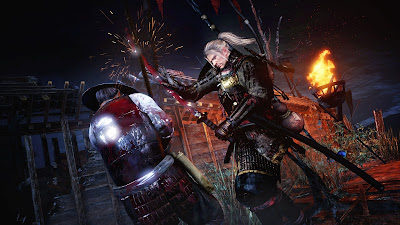 Some new details have been shared about upcoming action RPG Ni-Oh.
At a stage show yesterday, Koei Tecmo shared the follow;


Ni-Oh is sounding like it will be a very tough action RPG but as proven with other similar games, the idea of a tough but fair challenge is very popular.

Ni-Oh is due out in 2016 on the PS4.
Posted by Unknown at 07:57
Email ThisBlogThis!Share to TwitterShare to FacebookShare to Pinterest