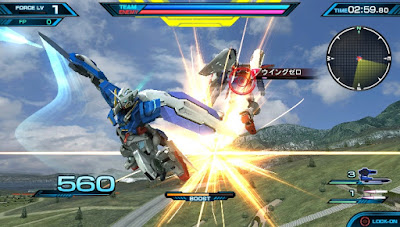 The one theme noticed at today's Sony Press Conference is that the Vita is not dead in Japan.  Bandai Namco have announced that a new Gundam VS game will be coming to the Vita this Winter.


Mobile Suit Gundam Extreme VS Force will feature the usually two on two battles along with challenges and new modes.  In addition to this, suits from Gundam Reconguista in G and Mobile Suit Gundam: Iron-Blooded Orphans will make an appearance.
The Gundam VS series is very popular in Japan and this could boost sales on the PS Vita.


Posted by Unknown at 19:48
Email ThisBlogThis!Share to TwitterShare to FacebookShare to Pinterest