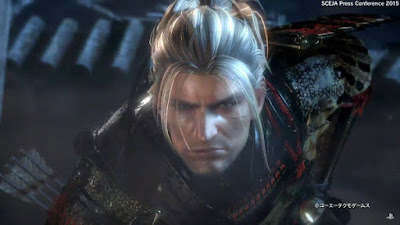 Ni-Oh has been announced for PS4 after it was originally announced as a PS3 Exclusive back in 2005.

Pitched as a dark action RPG which sees players take on difficult missions in a Sengoku world that is populated with yokai.  It has been stated that it is very difficult to complete this game on your first try so if you are a gamer that loves a difficult challenge this one will be perfect for you.

After being shown at the TGS, more details have been released in this weeks Famitsu;
The release is scheduled for 2016 in Japan with no firm date set for the West.


Posted by Unknown at 18:00
Email ThisBlogThis!Share to TwitterShare to FacebookShare to Pinterest