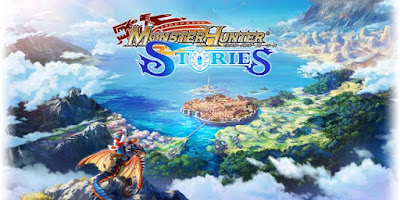 Th game is due out in 2016 on the 3DS as sees you play as a young male or female whose ambition in life is to become a hunter.  You travel the world and battle with your friendly monsters (Otomon) in turn based battles.

This is basically Pokemon, but set in the Monster Hunter Universe.  These are two huge franchise so this could be a very popular game.


Posted by Unknown at 07:44
Email ThisBlogThis!Share to TwitterShare to FacebookShare to Pinterest