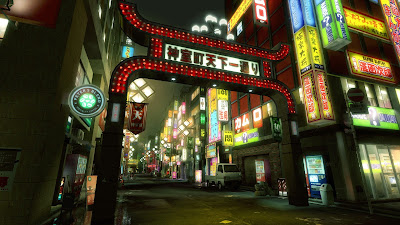 A remake of the original Yakuza game is making its way to the PS4 and PS4.  Yakuza Kiwami will contain extra scenarios and will release on 21st January 2016.


In addition to this, Yakuza 6 is expected to launch in the Fall of 2016 in Japan.  Include with Yakuza Kiwami will be a download code for Yakuza so even more reasons for you to experience the series from the start.  No further details have been released regarding Yakuza 6.

There is no word on a Western release but it will be crazy if it does not happen as it will be a great starting point for those who have not experienced the series yet.

Famitsu has also published extra details regarding Yakuza Kiwami in this weeks magazine;

Posted by Unknown at 19:15
Email ThisBlogThis!Share to TwitterShare to FacebookShare to Pinterest