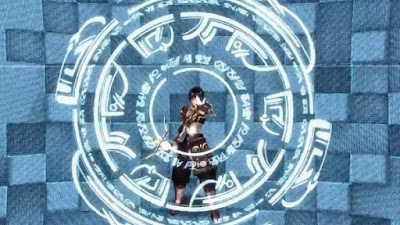 Bandai Namco and Cyberconnect2 have teamed up to release a Free To Play 3D RPG for iOS and Android.  New World Vol 1 Maiden of Silver Tears is the first part of a bigger project called Project N.U. and will feature character design by Yoshiyuki Sadamoto.

The project is going to "emulates the setting and concept of the .hack series while also being a new project built from the ground up"

Other titles are expected from this project but New World Vol 1 is expected to be on in Japan in 2015.

“You’ve found me.”
The main character lives in the recovering town of “Maku Anu” and meets a girl with white-silver eyes in the darkness. The girl’s voice awakens a hidden secret in this world—a forbidden power within the main character.
The world is yours, the world has you. This is the new world, in this world, there is another you.

Posted by Unknown at 07:53
Email ThisBlogThis!Share to TwitterShare to FacebookShare to Pinterest