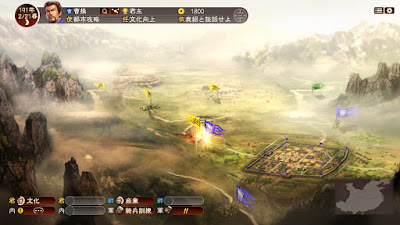 During the SCEJA Conference Asia Session, Koei Tecmo released a new trailer for the latest instalment in its popular strategy game, Romance of the Three Kingdoms.

Simple titled XIII, this is the 30th anniversary of the series and will be launching December 10th in Japan on the PS3, PS4 with a PS4 only launch in Asia on the same day.

It has been confirmed that the game will be localized in Traditional Chinese, English, Korean, and Simplified Chinese.

Posted by Unknown at 20:02
Email ThisBlogThis!Share to TwitterShare to FacebookShare to Pinterest