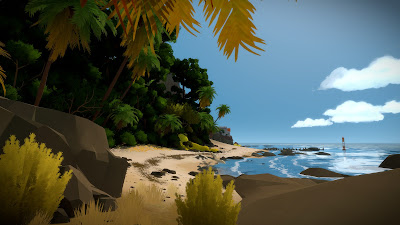 The next game from the creator of Braid has been given a release date.  The Witness will be releasing on the PS4 in Europe and the US on January 26th.

The first person puzzle adventure game was first announced in 2013 and the developers believed that it would be completed in time for the launch of the PS4 but this turned out to be a goal they could not reach.  However though the results of this delay is that the game is now huge;


"When we started making this game, I figured it would have between eight and 12 hours of playtime. As it happens, the game we’ve finally built is around 10 times as big as that. If you are a completionist who wants to wring every last drop out of the game, you might expect to play for 80 hours, or possibly 100. For people who don’t want to go quite that far, the game’s still got plenty for you."

The Witness is a stunning looking game.

Posted by Unknown at 17:50
Email ThisBlogThis!Share to TwitterShare to FacebookShare to Pinterest